Fibroids range in size from seedlings, undetectable by the human eye, to bulky masses that can distort and enlarge the uterus. You can have a single fibroid or multiple ones. In extreme cases, multiple fibroids can expand the uterus so much that it reaches the rib cage.

Research and Clinical experience point to these factors:

• Genetic Changes - Many fibroids contain changes in genes that differ from those in normal uterine muscle cells. 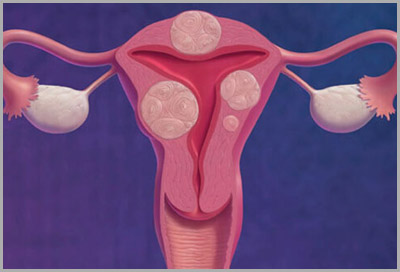 • Hormones - Estrogen and progesterone, two hormones that stimulate development of the uterine lining during each menstrual cycle in preparation for pregnancy, appear to promote the growth of fibroids. Fibroids contain more estrogen and progesterone receptors than normal uterine muscle cells do. Fibroids tend to shrink after menopause due to a decrease in hormone production.

• Other Growth Factors - Substances that help the body maintain tissues, such as insulin-like growth factor, may affect fibroid growth. Doctors believe that uterine fibroids develop from a stem cell in the smooth muscular tissue of the uterus (myometrium). A single cell divides repeatedly, eventually creating a firm, rubbery mass distinct from nearby tissue.

The growth patterns of uterine fibroids vary — they may grow slowly or rapidly, or they may remain the same size. Some fibroids go through growth spurts, and some may shrink on their own. Many fibroids that have been present during pregnancy shrink or disappear after pregnancy, as the uterus goes back to a normal size.

Many women who have fibroids don't have any symptoms. In those that do, symptoms can be influenced by the location, size and number of fibroids. In women who have symptoms, the most common symptoms of uterine fibroids include: 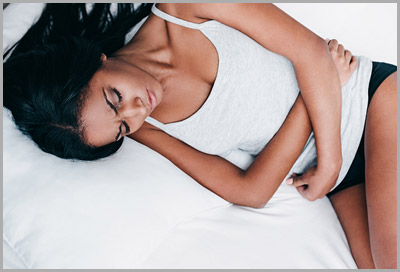 • Heavy menstrual bleeding
• Menstrual periods lasting more than a week
• Pelvic pressure or pain
• Frequent urination
• Difficulty emptying the bladder
• Constipation
• Backache or leg pains
• Rarely, a fibroid can cause acute pain when it outgrows its blood supply, and begins to die.

Fibroids are generally classified by their location. Intramural fibroids grow within the muscular uterine wall. Submucosal fibroids bulge into the uterine cavity. Subserosal fibroids project to the outside of the uterus.